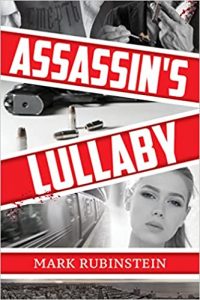 In every life, there lurks catastrophe. So believes Eli Dagan, a thirty-nine-year-old man whose traumatic past led to his service as an assassin for the Mossad. He now lives in New York City, where under various assumed names he’s a contract killer. Anton Gorlov, the head of the Brooklyn-based Odessa mafia, has a new and challenging assignment for Eli. Gorlov wants to leave the country permanently, so all loose ends must be eliminated. He’s willing to pay $1 million for a task divided into two parts. The job involves extreme measures along with unprecedented danger for Eli, who has lived a ghostly existence over the last ten years. Is accepting Gorlov’s offer a subliminal death wish? Or is it a way to reclaim part of his damaged soul? For the first time since his pregnant wife and parents were killed by a suicide bomber years earlier, Eli Dagan faces challenges that will reconnect him with his blighted past and may yet offer hope for a new and better life.